(The Sentinel) – Controversy swirled around Basehor-Linwood Middle School Reading/Theatre instructor Sarah Homan at the school year’s end, as several parents with children under her instruction voiced criticisms of some of her actions.

The Sentinel interviewed several parents, but will not disclose their names or their children’s. 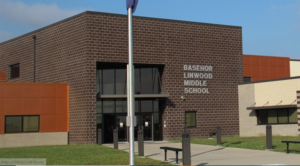 All parents interviewed mentioned the same alleged incident in which their children witnessed a profanity-laced outburst by Ms. Homan between performances of “Charlotte’s Web” on May 1st at Basehor-Linwood. The students reported several missed lines of dialogue replaced by ad-libs and some nervous giggling throughout the first performance, leading to the reportedly harsh criticism of them. Parents described as the second show got underway that evening, several actors were in tears, distraught at their teacher’s behavior and wishing to avoid her.

One parent, whose child will attend Basehor-Linwood Middle School next year, and who became disillusioned by what the child referred to as unfair criticism of actors during rehearsals, says the child does not want to participate in theatre next year. The parent is advising other families to avoid Ms. Homan’s Theatre class.

Another student, also involved in the production of “Charlotte’s Web” and a witness to the teacher’s alleged meltdown, reported being bullied in Ms. Homan’s Reading Class following a read-through of “The Diary of Anne Frank”. The student reported no remedial action was taken by the teacher against the other student. The bullied student was so upset by the incidents that they requested to be removed from school for the last two weeks of the term, was home-schooled, and is currently undergoing counseling for trauma.

We reached out to Ms. Homan for her response to the allegations, but none was received. However, The Sentinel obtained copies of emails sent by the teacher to her theatre students following the closing of the production as she offered an explanation of her actions:

“Please remember that when emotions are high it doesn’t always bring out the best in us. This show was my baby and I was sad that our last show seemed to go in reverse. But, just because I was disappointed in that moment does not mean I’m disappointed with everything we worked for. I love you all, and just because I was angry that things didn’t go as planned does not mean that I don’t believe in you. It means that I care about how hard we worked and it was hard for me to see us mess up. Please remember that. Theatre can be tough. We are emotional people that are passionate about life. My directing style is unique, I will admit and may seem tough, but it’s because I see so much potential in you.”

A second email was, in her words, a “follow-up” a few days later:

“I wanted to take a moment to apologize for how I made some of you feel during Sunday night’s show. Emotions were elevated and it was a high-stress situation. I know now that criticism was not the best thing to add to the situation. You have made me realize that everyone reacts to situations like this differently and that I must be aware of the sensitivities of all students. I apologize for how my words may have offended anyone. I hope that this will not discourage you from staying involved in theatre as you are all amazing and should continue with it. Have a wonderful rest of your year.”

One student’s reaction was less than conciliatory:

“Fun fact: today in advanced theatre, when she brought it up, she played the victim card! She said it was like, a burst of emotions so it just rolled off of her tongue. She also said some of the parents should grow up since it was ‘only just a swear word’.”

Another parent was troubled by Ms. Homan’s Instagram account, titled “mshomansclass,” apparently an invitation to her students to follow. The parent reported unauthorized pictures of her child and other students on the site, personal pictures of the teacher, as well as alleged political statements this parent deemed inappropriate. A review of only Ms. Homan’s profile page showed icons indicating support for Black Lives Matter and LGBTQ issues.

We contacted Basehor-Linwood Superintendent Doug Powers for his reaction to our findings and if any investigation has been conducted in response to parents’ concerns:

“I am aware of the complaints arising from the performance. We have followed policy and negotiated agreement in dealing with this.”