The following is the first of a five part series from Luke Rosiak on the problems plaguing public education (read Part 2).

(Capital Research Center) – The world of K–12 education policy has long been dominated by philanthropic foundations. Much of the education “reform” sweeping across America has been financed and pushed by elite, well-heeled foundations. They have used the billions from their endowments to create various associations and activist groups to promote these changes. The Ford, Kellogg, and MacArthur Foundations commanded assets of nearly $27 billion and, between them, doled out more than one billion dollars in 2015. For example, it is philanthropic foundations who have injected critical race theory into society. The Ford Foundation spent $665 million on “racial equity” between 2011 and 2020.

Pierce Delahunt is a trust-fund baby with an inheritance in the millions, generated from a chain of successful outlet malls. By thirty-two, Delahunt took “nongendered pronouns” like “their,” was a self-styled anarchist and communist, and was directing the inheritance to nonproﬁt groups that advanced those causes. Their parents were socially liberal and Delahunt often heard things like “be kind to all, and mindful of those less fortunate.” But after learning “social justice throughout high school,” Delahunt realized that was not equity. They expressed distaste for concepts like “NeoLiberalism (an intentionally repackaged Capitalism), ‘Classical Liberalism’ (similarly repackaged Conservatism), Liberalism itself (as opposed to Leftism) . . . and other liberation-washed practices of oppression.”[1] 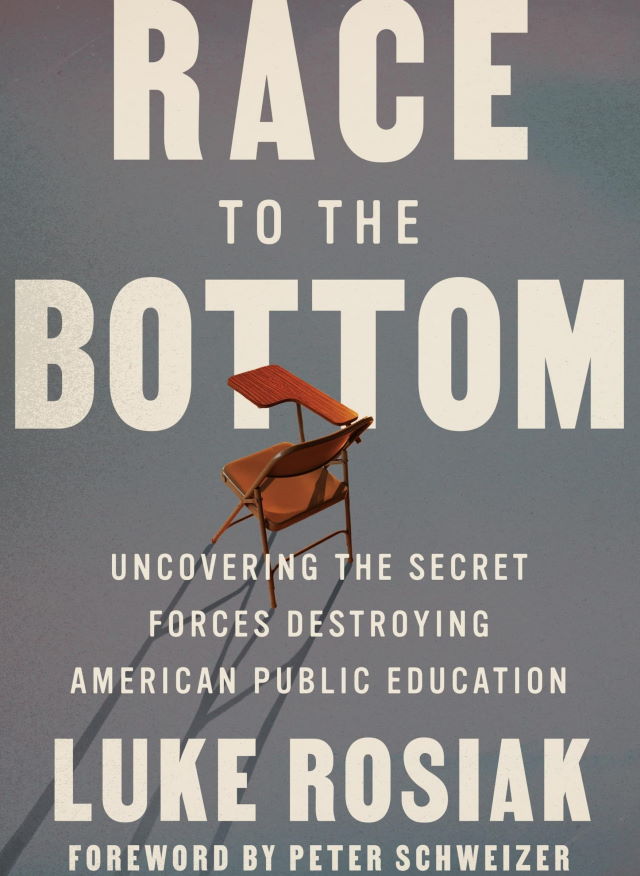 With time and money at their disposal, Delahunt “put a lot of energy into critiquing this country. I enjoy problematizing in general.” Though outlet malls provide name-brand goods at deeply discounted prices, allowing lower-income earners to enjoy the same luxuries as the rich, Delahunt was ashamed of the source of their wealth, saying, “When I think about outlet malls, I think about intersectional oppression.” They decided to donate their inheritance to anticapitalist groups that “tackle the externalities of discount shopping.”[2]

Delahunt now has a master’s degree in education and gives speeches to children, such as one geared toward middle and high schoolers called “Vegan Praxis in a Political Context of White Supremacy.” As a professional biography says: “Their research was a study of activist-education programs throughout the country. They grew up in occupied Lenape territories of New York and New Jersey, and . . . teach social emotional learning, activism, social justice, and Leftist eco nomics.”[3]

Key to Delahunt’s activities was a group called Resource Generation, a group funded by the Ford Foundation and the W. K. Kellogg Foundation to coax guilt-ridden young scions of millionaires into steering their families’ funds to activist groups that oppose capitalism. Delahunt is one of a thousand or so dues-paying members of Resource Generation, a network that stands to inﬂuence a combined $22 billion in inheritance. The group held “workshops on family dynamics” to train young inheritors how to siphon off their parents’ money on the premise that capitalism is based on “stolen land, stolen labor, and stolen lives.”[4]

This is typical of how philanthropic foundations like Ford and Kellogg work. Elite, well-heeled foundation executives use the billions from their endowments—amassed through capitalism—to create various associations and activist groups. Those nonproﬁts radicalize youth by associating racism with America, and America with capitalism. The foundation money serves as seed money that is eventually leveraged by another source. The foundations have created their own mouthpieces, and gotten others to pay for it.

There are hundreds of such activist groups, local and national, pushing complaints about “systemic racism,” equity, and the evils of capitalism to public schools and children. It is a veritable industry, breathtaking in its volume and complexity.

But like the Hydra of Greek mythology—the immortal, multi-headed snake monster that, if someone cut off a head, would grow two more in its place—these activist groups are all parts of one machine. Pick any one of them, and its funding is likely to tie back to the foundations, primarily Ford; Gates; W. K. Kellogg; Annie E. Casey; MacArthur; and Surdna. There is also the New Venture Fund, a group that pools money from all of these foundations and then distributes it.

The Ford Foundation spent $665 million on “racial equity” between 2011 and 2020. But foundations do not simply subsidize existing, independent nonproﬁts. They decide what they want to allocate their focus and money to, then a crowd of activist groups lines up with grant proposals promising to do just that, even if it means diverting from what those groups would have otherwise done. In October 2020, Ford announced $180 million in new funding for racial equity, with a focus on litigation—perhaps suing over racism and ﬁghting for the likes of racial quotas in the courts. In making this decision, Darren Walker, the gay black former securities trader who leads the foundation, was like a coach calling the play, sending his players out into position, and setting the course of American activism.[5]

Equity grantee groups are professional outﬁts, but many operate in largely esoteric areas such as school board policy making and curriculum development, where the “other team” is simply regular parents, who rarely have the time or know-how to resist, or even notice these efforts. The obscurity of their work makes them harder to challenge.

In 2016, Hillary Clinton spent more than half a billion dollars on her presidential campaign. By comparison, the Ford, Kellogg, and MacArthur foundations alone commanded assets of nearly $27 billion and, between them, doled out more than one billion dollars in 2015.[6] Imagine having the resources of two presidential political campaigns without having to worry about expensive advertising, because the arena they were inﬂuencing was, to the average citizen, so small and arcane.

Then imagine that in this presidential campaign, there was no opposing candidate—essentially no organized faction presenting a competing choice.

Then imagine that the views being pushed by this campaign were far more extreme than a mainstream candidate like Clinton—ideas that, if Americans had been paying attention, most would oppose, regardless of political party.

Now imagine that the people behind this campaign were among the wealthiest, most powerful people in America, working in close coordination, and that their arena was the nation’s K–12 schools. This is how this game is actually being played.

In this framework, the foundations seek to transform America in ways few Americans would want, and to do it, they seek to transform your children, by inﬂuencing the largest and most intimate thing government does: operating America’s public schools. For some reason, this is viewed as an obscure policy arena by most people, who spend more time paying attention to things like presidential politics. But it shouldn’t be. And the philanthropic foundations should not be thought of as merely the rich families who paid for some art museums or public television programming. These rogue foundations are perhaps the most radical, powerful, and least understood force in American politics. And their aspirations go far beyond the outcome of an election.

In the next installment, learn which foundation are behind equity initiatives.