(The Sentinel) – The Kansas Department of Education purports to be a “dedicated service agency” that provides leadership, resources, and support.

But like its claim to “prepare all students for global success,” KSDE’s actions indicate otherwise. That’s only part of this story, however. The Department of Education is also involved in a scheme to divert classroom dollars to support lobbying efforts by the Kansas Association of School Boards and looks the other way when school districts ignore state laws designed to improve academic preparation.

KSDE oversees a system that is ranked #32 in educational racial equality, and now Commissioner Randy Watson says neither KSDE nor the State Board of Education provides “any type of local board of education policy services.” Watson indicates school boards should effectively divert money (about $5 million across the state) from classroom spending to buy policy services from the Kansas Association of School Boards.

The Sentinel obtained Watson’s letter in an Open Records request to Louisburg Superintendent Brian Biermann, seeking evidence of what appears to be a deceptive effort to renew the district’s KASB membership five months early. Biermann also involved the district’s insurance broker and financial auditor in his scheme.

The April board meeting minutes say, “Several board members had concerns about the membership and wanted to see if there was an alternative resource.” Bierman wanted to renew membership well in advance of the December deadline, but the board voted to table the discussion until the May meeting. The May and June minutes indicate the Board continued to request additional information to justify early renewal.

At the July meeting, Biermann first told board members that not renewing KASB membership could cause non-renewal of the district’s liability insurance. He shared Watson’s letter indicating that the Department of Education doesn’t provide policy guidance and that the district’s liability insurance coverage could be in jeopardy if it doesn’t get the guidance that comes with KASB membership. He said the insurance underwriters told Elliott Group, the district’s insurance agency, that “either your rates are gonna go up drastically, or they’re gonna consider us uninsurable.”

Biermann provided no communication from the underwriters at EMC Insurance as part of the KORA request, but an email from Elliott did not paint the dire situation Biermann presented. Elliott representative Justin Zwaschka writes, “There is no hard requirement for (districts) to stay a KASB member as an EMC insured. However, a portion of the premium is always based on the unknown. If we add more unknowns into the equation (Which would be introduced by terminating their membership), there would be a high likelihood this would have to be reflected in their premium.”

So, an increase could arise, but nothing indicating it would be ‘drastic’ and no mention of the district being uninsurable.

The Sentinel also requested a copy of the district’s application for coverage from EMC to determine whether any questions were asked about KASB membership or school policy development. Biermann responded via email, “The district did not do an application for insurance coverage. Elliott submits an application to EMC on an annual basis. You will have to request this application from Elliott Insurance.”

Biermann said EMC Insurance is the only company that sells coverage for small districts. He said KASB promotes a self-insurance program but it is only open to KASB members, so in his opinion, the district has no choice but to be a KASB member.

But that’s not true. According to Jeremy Woydziak with KASB, membership is not required.

Adverse audit opinion alleged if not a KASB member

Biermann also told the board that the district could get an adverse opinion in its financial audit if it doesn’t belong to KASB. He said the auditor, Sean Gordon, called him and said “pretty much the same thing” as conveyed by Elliott.

“And if we do not have the most current fiscal policies, we will not have a good audit, he will write the letters of concern in our audit report. Because as an auditor, he wants the districts he works with to have the latest, especially fiscal policies in place.” 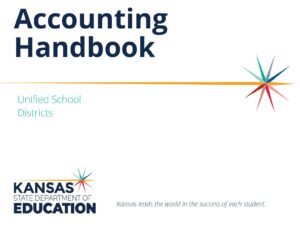 The Sentinel spoke with Sean Gordon, however, and he did not paint the dire picture shared by Biermann. He said not keeping up with financial policies “could potentially” have an impact.

Further, the basics of financial reporting are available from the Kansas Department of Education in its Accounting Manual, and the School Finance team provides a long list of guidelines and practice recommendations (contrary to Watson’s indication).

The system works for the preservation of the system, not for students

This episode is just the latest in a long series of efforts by state and local officials to preserve a system that protects the adults who work in it. The Kansas Association of School Boards is supposed to work for school board members, but it mostly works to shield entrenched administrators from school board oversight. School board members are told to support the superintendent and generally stay out of district operations when in fact, their job as elected board members is to hold management accountable for academically preparing students for college and career.

KASB and the Department of Education work hard to protect their institutional interests, but student achievement is low overall and getting worse. To wit, there were more high school students below grade level in Kansas than proficient before the pandemic, and it’s worse now.

And where was KASB’s alleged financial guidance when state auditors caught districts spending hundreds of millions of At-Risk funds in violation of state law?

This ‘system-first’ attitude will not change until parents demand and legislators institute healthy doses of choice, transparency, and accountability.