(Daily Caller) – District of Columbia Public Schools (DCPS) hired a consulting company owned by the U.S. Attorney General’s son-in-law to solicit answers from middle schoolers about their transgender identity, according to an email obtained by the Daily Caller.

DCPS informed parents via email on Oct. 25 that students will be surveyed during class about their “social-emotional learning” environment. Part of the survey asks students in grades three and beyond to share their transgender and gender nonconformity status.

“As in previous years, the survey asks students in grades 6-12 about their gender and sexual identity,” the email to parents reads. “These questions help the district promote equitable treatment for all students in accordance with our Transgender and Gender-Nonconforming Policy Guidance.”

The email notes that parents can opt their child out from taking the survey, though it may be administered during class time. 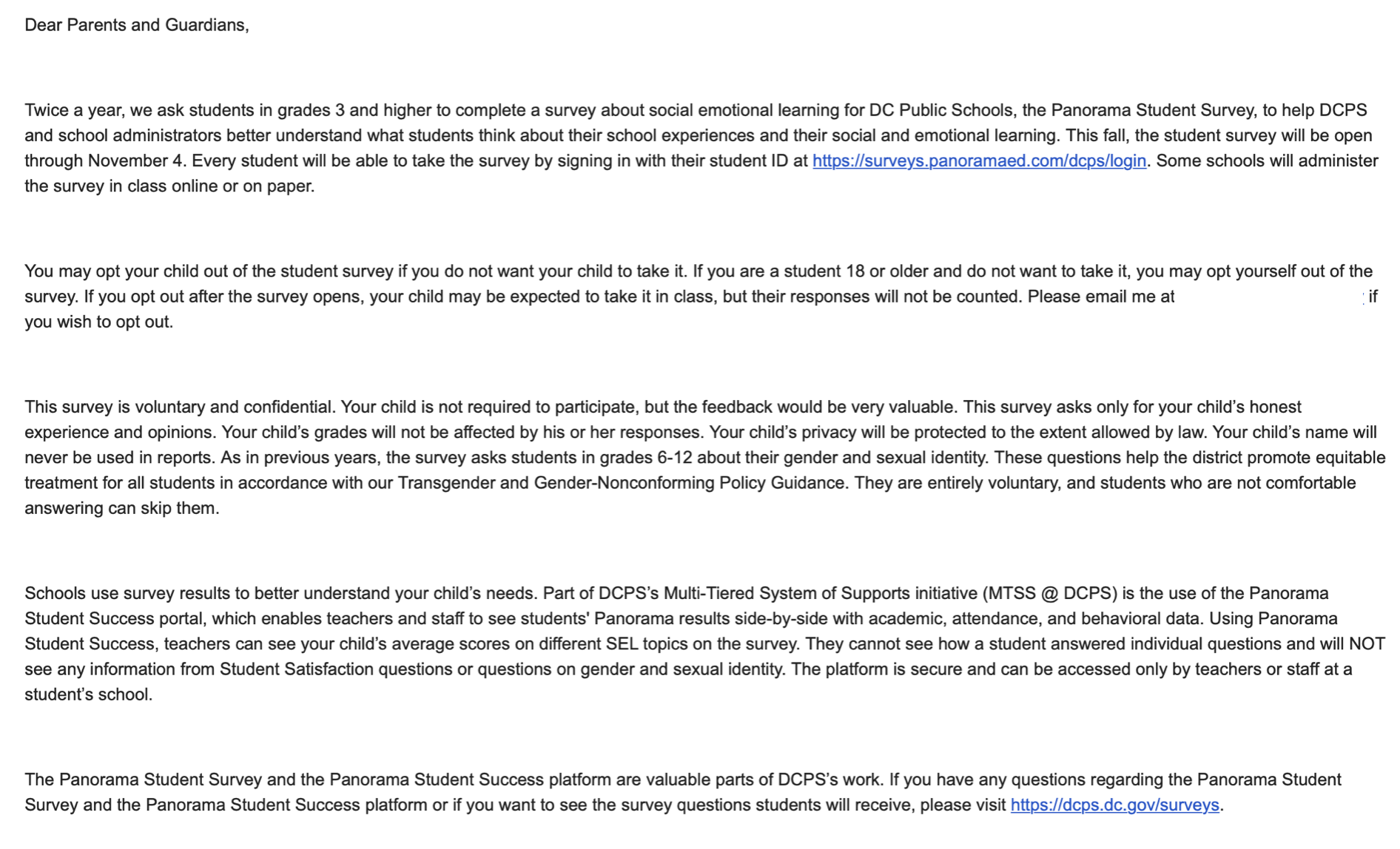 The student survey asks two questions about students’ sexual and transgender identities. One prompt allows students to check “other” when describing their sexual identity.

The other asks students about their transgender status provides the option, “I am not sure if I am transgender.”

Garland denies that his son-in-law’s lucrative business dealings affect his judgment, despite using the Justice Department to target parents who oppose the teaching of critical race theory and gender ideology in schools.

Panorama’s surveys come with a hefty price tag for some school districts. A Georgia Public School system shelled out more than $95,000 for Panorama surveys using money from the first round of the Federal CARES Act. Fairfax County Public Schools in Virginia agreed to pay Panorama over $1.8 million over five years for similar surveys.

DCPS did not respond to the Daily Caller’s inquiry regarding the district’s contract with Panorama. Chrissy Clark is an education reporter for the Daily Caller.