By the numbers: An analysis of religious school enrollment in Florida

The Family Empowerment Scholarship for Students with Unique Abilities (FES-UA) serves another 65,890 students, with more than 37,000 enrolled in private schools.

Income-based scholarships average between $7,300 and $7,800, depending on grade and county of residents, and help parents afford one of 2,077 participating private schools. Scholarships for students with special needs average $10,047.

Catholics comprise the largest religious group with 34,912 students and 204 schools, while non-denominational schools make up the largest subgroup. The “other” category represents religious affiliations not represented in the major subgroups. 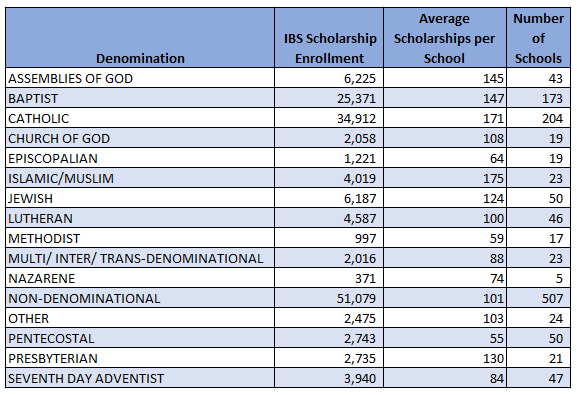 Another 2,547 students qualified for the FES-EO program because they had a sibling enrolled in FES-UA.

Two points to keep in mind: Students may belong to more than one eligibility category; and the income-based scholarship programs allow families to immediately qualify if they are eligible for food stamps or other government based low-income assistance.

More than 22,000 of the 37,603 students attending private schools on the FES-UA scholarship attended one of 1,285 participating religious schools. 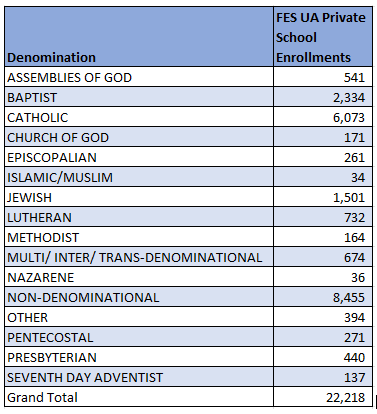